Reader, did you ever witness a panther hunt?  If you never did, you have missed a chance of seeing sport of the most exciting kind.  I have seen and participated in many, but my first panther hunt—the one I am going to give you a faint description of—was the most remarkable.
There is an indescribable charm connected with the first of any agreeable thing.  Disagreeable things are “nothing when you get used to them”, and continued repetition can make them necessary to our comfort; but that in which we naturally take delight, never operates upon our senses to its fullest extent but once, and that is, at the first time.  The memory of our first love goes with us to the grave, and a first hunt forms an era in the life of a sportsman, never to be forgotten, while he can shoulder a rifle, or relate the deeds of other days. 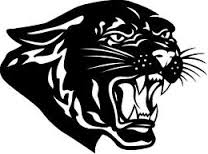 Buy my story.  In the fall of 18??, (unreadable) I happened to be at the town of Lake Providence, which is situated on the bank of the Mississippi River, in the State of Louisiana, about five hundred miles above New Orleans.  Something like three miles back of the town lays a lake, from which the little cluster of houses on the river’s bank takes its name.   Plantations are scattered around the lake, separated by long distances; and between them and the town is a swamp abounding in game of every description, and sometimes infested with “varmint”.  With a few weeks previous to my arrival, an unusual number of panthers had been seen in the neighborhood of the lake, and one or two of them killed.  Their appearance had been characterized by more than usual boldness; and in one instance a large male panther had walked deliberately into one of the negro houses, and regardless of its frightened inmates, slipped under a bed.  The overseer of the plantation happened to be passing near with an axe in his hand, and hearing the screams of the black children, rushed into the building.  He was hardly inside the door before the panther literally mounted him, by springing upon his shoulders, which brought man and beast rolling on the floor.  Though taken by surprise, the bold fellow did not lose his presence of mind, but while both were stretched upon the floor, managed to give the panther a blow with his axe, which disable him, and then springing up, he soon dispatched his “troublesome customer”.  Of course this created some excitement in the vicinity, and everyone was on the lookout for panthers.
I had been at a plantation on the farther side of the lake, and was returning to town, on horseback, about sunset.  Just in the edge of the swamp I passed two men on foot, and was a few rods beyond them when I heard a shout.  Looking around I saw them running, and nearby some animal which I took to be a deer, jumping over the low cane.  When I got to the town I found that these men, by taking a “short cut” at the top of their speed, had arrived before me; and that the animal I thought a deer was in reality a large panther, which appeared to be on the track of a deer that had passed a few minutes before him.
As it was going to be a fine moonlight night, a panther hunt was immediately proposed, and an invitation given me to join, which I gladly accepted.   The only difficulty in our way was to get a pack of panther dogs, as none but those trained for the purpose would be of any use.  The nearest pack was owned by a planter, about four miles from town.  One of the party started for them, and returned in about two hours, having been detained, accompanied by six fine looking dogs, and the old negro who was accustomed to manage them.  Our party mounted their horses, and a fine spirited animal having been furnished me, we all started for the swamp.
In that section of country there is little or no undergrowth in the forests, excepting cane.  This grows in brakes, which are sometimes miles apart, and so there is little obstruction in the way of a horseman who has a firm seat.  True, a swinging grapevine will sometimes leave a horse riderless, or a large log present a leap which would startle the nerves of a Yorkshire squire; but a southern planter has no nerves, in the vulgar sense of the word, and those of our squad rode to the spot we were seeking, apparently as much at their case as a “dandy in a drawing room”.
When we approached the “haunted ground”, some of the old sportsmen of our party, expressed doubts whether the dogs would take the track, as the scent must be cold.  However, when turned loose they started off in different directions, one old fellow taking the course in which the Panther was seen.  We had been beating about some time, and I began to think we should see nothing of the varmint, when, some little distance ahead of us, the old dog before mentioned gave tongue, an in an instant all was excitement.  My heart jumped almost into my mouth, and when my horse sprang madly after those who were already following the dogs, I gave him the spur freely and rode at the top of his speed over ground that in a calm moment I should have had hesitation in attempting at a walk.  We were soon obliged to rein up, to prevent running down the dogs, which as yet proceeded but slowly.  I now had time to reflect, and, excited as I was, I could not avoid recollecting that perhaps the next minute I

might be in reach of the claws and fangs of the “terror of a southern forest”.  My only weapon was a small pistol in my coat pocket; but my companions were brave and trusty, and relying upon them and that good fortune which had so often stood my friend in danger, I kept close to the dogs, regardless of consequences.
The course we were taking would soon bring us to a plantation, and as panthers are often known to “make for a clearing” when pursued, our hopes of success began to rise; indeed, some of the old heads of our party pronounced it certain, from the action of the dogs, that we were on a panther path.  Suddenly we were brought up by a cane brake, which the dogs entered.  We were obliged to ride around nearly a mile, and came out in the vicinity of a corn-field, from which the corn had been gathered.  Right ahead of us, in the field, and within a hundred rods, were the dogs baying at the foot of a large tree.  Never shall I forget the savage excitement of that moment.  My blood fairly boiled in my veins, and my horse bounded under me as though he partook of my feelings.  But there are some things which can stop even a blood horse when excited by the chase, and one of these stood before us in the shape of an old-fashioned

Virginia zig-zag fence, nearly eight feet high.  One of our company was by my side, and we were leading the party.  I reined up, and he rode on as I supposed, at the fence; but while I was wondering if he was crazy, he drew up, threw off the top rail, wheeled back a few rods, and giving a shout that rung in my ears, cleared the obstacle handsomely.  Another came on before I had time to gather my senses, and barely managed to make the other side without a fall.  Was I to be the last of the party?  It was a leap, such as I had seen in a fit of the night-mare, but to crawl over it in the rear of the whole, was what I could not think of; so giving my horse, which was rearing under me, the spur, I settled myself in my seat, and shutting my teeth hard, went over without touching a hair.  Now came the important moment—we were approaching a deadly foe, and even the hardy planters preserved some caution.  Several of them had rifles, but in order to get a shot it was necessary to approach close to the tree, and almost into the jaws of any animal in its branches, as it could lie hidden in the shadow of the large limbs, invisible to any but a practiced eye.  The dogs, animated by our approach, sprang fiercely against the trunk, and made ineffectual efforts to reach their object by climbing.  Those of the party with rifles dismounted, and, giving their bridles to others, crept cautiously towards the tree.  Several minutes, which seemed an age, had elapsed in perfect silence, and the suspense had become absolutely sickening to me—I had listened for the crack of a rifle until I was ready to rush into any danger, rather than not know our fate.  Just at this moment, one of the party, who, bolder than the rest, had crawled within a few feet of the trunk of the tree on the side opposite us, discovered in the crotch of the lower limb, the head of an old—possum!  As the appearance of Mr. P. sufficiently accounted for the eagerness of the dogs, our discoverer greeted him first with a shout of rage, and then with a roar of laughter, in which we all joined when we knew the cause.  Many jokes were cracked at his expense, mingled with some at our own.  As I was the stranger of this party, it was declared to be no more than polite to give me the first shot at our game, which I accordingly took with a small pumpkin that lay handy.  As he was not more than fifteen feet from the ground, I brought him down at a single effort--and so ended my first panther hunt.
Dear reader—If you are disappointed in the termination of my hunt, recollect that you cannot be as much so, as was        Your humble servant,  Rufus Rifle.