Note: This summary was prepared for the Spring 2005 program meeting of the Arkansas chapter of the Trail of Tears Association at Camden's First United Methodist Church. It was written by Kitty Sloan, chapter president. Ecore Fabre, as Camden was then known, was a significant site on the early Choctaw Trail of Tears during the winters of 1830-31 and 1831-32 where many Choctaws died.
In November 1831, four steamboats loaded with Choctaws left Vicksburg, Mississippi. The passengers were heading to the new Choctaw Nation along the Red River and its tributaries in what is now southeast Oklahoma. Many of them would pass through Washington, Arkansas, getting there by two very different routes. From Washington, they would travel west to Fort Towson and other emigration depots. 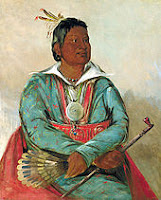 Two of the four steamboats traveled north to the Arkansas River. Choctaws wanting to avoid the influences of Christian missionaries would travel along the river all the way to Fort Smith and beyond. Others would head south at Little Rock, taking the Southwest Trail to Washington.
[Chief Moshulatubbee (1770-1836], [pictured on left] (He made the trip on the Trail of Tears.   In 1838 Mushulatubbee died of smallpox in present-day Arkansas. )

Two of the four steamboats, the Cleopatra, with a reported 600 Choctaws aboard, and the Talma, with 564, traveled south from Vicksburg, heading to the Ouachita River under the supervision of special agent Samuel T. Cross. Their leaders were some of the most prominent men in the Choctaw Nation: George W. Harkins and Joel H. Nail, who both returned to Mississippi to lead other groups west. Also on the Talma was chief Greenwood Leflore, who would return to Mississippi to stay. The Talma also carried a large contingent of Choctaw Methodists. The ship's captain later commented that "he never saw any people conduct better or appear more devout. They had morning and evening prayers and spent much of their time on board the boat reading and singing hymns."
Leaving Vicksburg at the same time were about 300 Choctaws heading overland with horses and cattle.


On December 9, 1831, the Cleopatra and the Talma arrived at Ecore Fabre, then the head of steamboat navigation on the Ouachita River. The plan was to continue by wagon to Washington and then Fort Towson.         [Joseph Kerr] 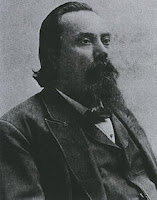 But the Choctaws refused to proceed without the friends and relatives who were coming overland with the livestock. Concern about these others had prompted frequent stops along the river to inquire of their whereabouts. The weather had turned brutal with temperatures near zero. A Lake Providence, Louisiana resident, named Joseph Kerr, who later wrote two scathing letters critical of removal provisions, said it was the worst weather he had ever seen, with heavy sleet bowing and breaking even large trees. He also observed that most Choctaws were scantily clad. [Joseph Kerr pictured on left]

From Ecore Fabre, Cross and a search party headed back south on the Talma. By the time he found the overland travelers stranded in the Louisiana swamps, these Choctaws had gone six days without food. Many had already died. Cross brought 265 Choctaws and the surviving livestock to what is now Monroe. At about the same time, a larger steamboat, the Walter Scott, with about 250 Choctaws, was stranded there, unable to ascend any further. The Walter Scott passengers, the swamp survivors, and 44 others found along the road were taken north on the Talma.
All of these Choctaws, by now almost 1,800, ended up at Ecore Fabre in December 1831, awaiting the 46 wagons that would take them west. On New Year's Day 1832, they finally left, reaching Washington in mid-January and two weeks later arriving at the official emigration depot "east of Fort Towson at McCann's old place on Clear Creek."


While camped at Ecore Fabre, many more perished. "We have had very bad weather," tribal leader George W. Harkins wrote on December 28, 1831, in a letter that was later published in the New York Observer. "Since we landed at this place about twenty of Nail's party have died and still they are continuing to die. Two of my party have died."
At the time, Elizabeth Nunn, widow of John Nunn, was operating the ferry across the Ouachita at Ecore Fabre. Ferriage payments to her are among the invoices in the removal records. In addition, she sold the government at least five cords of "wood for Indians while at the landing."


These were to be the last official removal groups to travel the Ouachita River route. Lack of good roads, bridges and ferries through the sparsely-settled region made overland transportation difficult. Plus, there were allegations of price-gouging, with removal agents paying $2 a bushel for corn when it could be purchased elsewhere for 50 cents a bushel. Later government-sponsored groups would take steamboats to Rock Roe on the White River and travel overland from there.
But small, non-government groups continued to travel through Ecore Fabre. Thousands of Choctaws removed themselves independently of U.S. agents in what came to be called commutation groups. Those who did so were promised $10, later $13, to be paid at the end of the journey. These groups often crossed the Mississippi River at Point Chicot and traveled overland through Ecore Fabre.
In fact, Special Agent Cross's first assignment after leaving Ecore Fabre in January 1832 was to go to Point Chicot to issue "commutation tickets to those Indians who are moving on their own resources." These travelers were expected to feed themselves by hunting along the way. Many of these groups encountered problems. Now they are also the most difficult to document.

LAKE PROVIDENCE, LA., June 14, 1832.
DEAR SIR: I see, by some late paper, that a treaty has been made lately with the Creek Indians, and see that one provision of it, which may have | been considered important, is, that “each family shall be furnished with a blanket.”
It was with yourself the treaty was formed. You have long resided in a cold climate, and from that circumstance may consider a blanket enough for a family so far south. This would be an improper estimate. But the whole treaty is one that I would not have expected from the head or heart of Governor Cass, acting under General Jackson, as President. It is indeed a narrow thing in every part of it. This treaty, and the report of Houston's case, has induced me to write to you on the subject of the Indians. This, however, I would have done, had neither come to my view.
I live now on the side of, and within forty feet of the road, and the only one by which the Choctaw Indians have passed, and must pass, that go #. land. Their extreme poverty and consequent suffering in passing last fall, attracted my particular notice, and the Houston case explained to me in some measure the cause of their extreme suffering from hunger, while passing. I do not yet know who is the contractor for furnishing them rations, But be him or them, who they may, their object is to make money without the least feeling for the suffering of this unfortunate people. From Vicksburgto this place is sixty eight thousands on This route scanly They received a supply and only then a part of the parties to eleven Here they received worse than a scanty supply them to do eighty thousand fifty-through an uninhabited country thousands of Which is an overflowed swamp and in Which distance are two large deep streams That must be crossed in a boat or on a raft and one other Nearly impassable in any way This They Had to perform or perish Being there no provision made for them on the way This too was to be done During the worst time of weather I have ever seen in any country to heavy sleet Having broken and bowed down all the small and much of the large timber And Performed This was to be under the pressure of hunger by old women and young children without any covering for Their feet or legs under body except a cotton dress Generally In passing Before They Reached the place of getting rations here I gave a party leave to enter a small field in Which They Were pumpkins would not enter without leave though starving Those They ate raw With the greatest avidity I furnished part of the beef They got and was invited to take out the kidney fat by the Man Who was to furnish them These People Have With them a great number of horses and some cattle chiefly oxen The time required to get the horses and cattle together in a morning When traveling Through a country thickly covered cane With strong as this is must be very large in good weather and in bad weather, as this is must be very large in good weather and in bad weather days are spent at the same Often camp Provision ought to be made to feed them all the way whatever the delay May be I presume it is much in the power of the President to Provide in a cheap way for the safety if not the comfort of These People If I am correct I would Suggest Having the propriety of bacon salt Provisions These furnished for long marches Corn carry If They Could They got it but have not Been esta furnished I think That too Instead of a blanket to each family a blanket to each individually and to skin to make moccasins and leggings to each would not be too much skins This Have not people but They Could Be HAD low on contract Further still I would go I would give AT LEAST each a pair of shoes or moccasins and two pair of short stockings I have seen poverty amongst the northern Indians but theirs is nothing Compared To That Of Those south of the Friendship for the whites never can exist in the bosom of any of Those That The passed here last fall Least sensitive of them has-been touched too deeply in the tender part ever to be reconciled Report says eat and I have no doubt of the truth of the Choctaws It That Have Been Greatly defrauded in the sale of Their stock cattle Indeed Appears it to us Who are almost near enough to see the whole That few if any are sent amongst them or intrusted to act for or With Them That Are Not The most unprincipled of the human family so invariably How This should happen is difficult to suppose somewhere Blame is due to a great extent and I am living quite secluded and write but little esta letter as proof of May be but the tenor of it will show That I am not an inattentive looker on and the hints and opinions here May Given Perhaps answer some purpose but If it does remove one cause of complaint Shall I think my time well spent Be That As It May be assured That the administration and Generally Have yourself Particularly no warmer friend as to things than I am in overall JOSEPH KERR Hon Secretary of War Lewis Cass, Secretary of War. 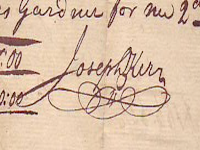