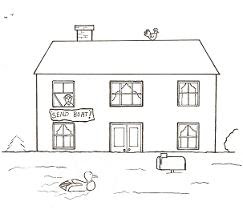 March 5th, 1867: (East Carroll Parish newspapers)
We have just learned that the levee at Mrs. Savage's plantation, in Thompkin's Bend, just below Goodrich Landing, broke on last Sunday night. There was a probability of the crevasse being stopped yesterday. We hope the planters in that section have stopped it, for a large and most valuable portion of the parish will be impaired by it.
March 12th:
From the waters running down through Arkansas into Bayou Macon, the whole country this side of that stream, and within some five or six miles of this place, and up and down the Mississippi River, have become overflowed.
Our large, substantial levees up here don't seem to do us much good in the general. Traveling from this place to Floyd is done altogether in skiffs.--In this connection, we would inform all desiring to visit our parish site, that our energetic young friend, Jax B. Tompkins, has fitted up an A No. 1 boat, and will make semi-weekly trips to that place on Mondays and Thursdays.
April 2nd:
It is melancholy to contemplate the immense damage being done by the present high water. A few days ago a portion of the Bass levee gave way, which we thought at the time would, with the large amount of back water from the Macon, overflow almost the whole of the lowest part of our parish, but, astonishingly to every one, it has not done one-third the damage that was expected, and the people in the lower portion of our parish, form the Bass crevasse down to the Madison line, after having stopped the crevasse at Mrs. Savage's, were beginning to feel somewhat secure. This, however, did not last long, for the first of the week the levee at Hawse Harris' place, just above the Madison line gave way, and we are informed that the water is pouring through in a tremendous volume for a half mile or more in width, and has already backed, up the river for eight or ten miles, and a large number of the most valuable plantations in Tompkin's Bend are now under the water, and we are informed that Henry Goodrich's Plantation, which is nine miles above the crevasse, is at least two-thirds under water, and is still increasing. What our unfortunate people are to do we are afraid to conjecture.
April 9th:
On Wednesday morning, between twelve and two o'clock, the little levee protecting that portion of our town between the large new levee and the river gave way, or was cut; (there are different opinions about the matter, for at twelve o'clock it was apparently perfectly safe.) Nearly the whole town was under water before the alarm could be given, and it actually was in the house of some before they hardly had time to realize the fact that the levee had broken, while by six o'clock, the highest part of the town was four feet under water.
We congratulate ourselves and a large number of our citizens that so large commodious an ark as the upper wharf-boat, was at hand, and that so kind and generous a man as Major A. D. Smith, has charge of her.
Posted by Sandra Guthrie Moore at 6:35 PM