Vail M. Delony was born in Lake Providence, E. C. Parish, La. on Jan. 5, 1901. His parents were Helen Montgomery Delony and Tobias Stephens Delony. He grew up and lived in L. P. all of his life. On Dec. 26, 1926, he married Elizabeth Louise Miller of Greenville, Mississippi. They had two daughters, Elizabeth Delony Ree and Vil Delony Baldridge. Democrat. Member of Louisiana state house of representatives, 1950; delegate to Democratic National Convention from Louisiana, 1956. He passed away on Nov. 18, 1967.
On March 25, 1968, Governor John J. McKeithen dedicated the Vail M. Delony Data Processing Center of the LA. Dept of Public Safety in Baton Rouge. Mrs. Delony and her daughters attended the ceremonies.

John Martian Hamley, was the 2nd son of Edward J. Hamley, who was a native of St. Louis, prominent in local politics and civil affairs. The Hamleys moved to E. C. Parish in 1878. His father was mayor of L. P. for 12 years, His mother was born in Bavaria and came to this country in 1860.
He was born in 1883. He was a partner with his father for many years in the real estate business. He was elected parish tax assessor in 1933 and also served as a member of the La. Flood Control Committee.
Martian Hamley married Miss Kate Ransell in 1914. She was the daughter of the Judge F. X. Ransdell. They children attended the St. Patricks parochial school, and later the girls went to Maryville College in St. Louis.
He was a member of the State Legislature from 1912 - 1924, where he authored many significant legislative acts. He served as Clerk of the House for a total of 20 years. John Martian Hamley passed away in 1942. 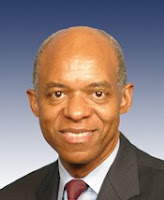 John Edwards Leonard was born in Fairville, Chester County, Pa., February 22, 1845. The Benhams sold Oakland Plantation to J. Edward Leonard of Westchester, PA., a parish resident and law partner of Judge Joseph Mordeci Kennedy. He served as District Attorney at Lake Providence, La. Grandnephew of John Edwards. Republican. Justice of Louisiana State Supreme Court, 1876; U.S. Representative from Louisiana 5th District, 1877-78. The Watchman, parish newspaper of those days carried an 1875 article: "Col. J. E. Leonard's Law Book has been published. It contains a digest of the decisions of the Supreme Court of the U. S. in all Louisiana cases. It will be invaluable to Louisiana lawyers. We believe the price is $8.00."
He died in office 1878, at Havana (La Habana), Cuba, March 15, 1878. Interment at Friends Cemetery, Middletown Township, Delaware County, Pa.

Honoré Morancy became a state senator and is responsible for the formation and naming of Carroll Parish.

Judge Francis Xavier Ransdell was born on February 11, 1861 on Elmwood Plantation in Rapides Parish. During the Civil War a skirmish broke out between the Union and Confederate soldiers in their yard and his father sent his mother and the children in a covered wagon to refugee in Texas until the end of the war. Their father was killed in an accident in the sugar mill on his plantation soon after the war ended and the family had a hard time during the Recontruction time. Joseph helped F. X. through college, and then came to L. P. where he also studied law in the office of Judge F. F. Montgomery.
He was first elected to the post of District Judge for Madison and East Carroll Parishes in 1899, and later Tensas Parish. He was married to Katie Blackburn Davis on Nov. 1, 1892 at her home on Belle Meade Plantation. They 1st lived in Chattanooga, TN, but returned to L. P. in 1897 to live.
Judge Ransdell was a member of the St. Patrick's Church in L. P.. He died on May 23, 1939 at a hospital in Baltimore, MD. He was survived by his wife and 4 of his 6 daughters.
He served continuously in that office until his retirement December 31, 1936.
Headstone Inscription:
Ransdell, F. X. 1861 - 1939 "Judge" 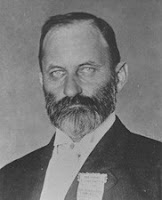 Joseph E. Ransdell was born Oct. 7, 1858 in Rapides Parish on his father's plantation named Elmwood. (Later an acquired land in Ward 5, he named Elmwood after his boyhood home). He was a graduate of Union Callege in Schenectady, N. Y. He came to East Carroll Parish in June, 1882 to live with his sister, Mrs. Tom Montgomery. He read law in the office of Judge Montgomery and was admitted to the bar. He was first parish surveyor and then District Attorney - from 1884 to 1896. He served as a delegate in the Constitutional Convention of 1898. He married Miss Olive Irene Powell in 1885. He was a devoted husband, and named the plantation Olivdell, for his wife.
He served in Crongress for 32 years. US Congress 1899 - 1913, US Senate 1913 -1931
During Joseph and Felix Ransdell owned much of the land in Elmwood, La., a farming community just southwest of Lake Providence.
Died on July 21, 1954 at 95 years old.
The Roman Catholic Church, in 1976, is housed in a new building on a lot willed to the church by the late Senator J. E. Ransdell, located directly across the street from the earlier structure.